To: The next occupant of this desk

I was at this desk for over 9 years! I hope you find your work to be as fulfilling as I did while using this desk!

The people I worked with were wonderful. I hope you find them equally enjoyable.

Here is my advice to you on the use and care of this desk:

First, use this desk as a tool not as a barrier! Whenever people came in to see me, I moved my chair so the desk was not a barrier between us.

When people came into this office, I gave them 100% of my attention! I avoided the distractions of computer screens and smartphones. I was fully present. (This was also important when I attended meetings.)

Second, this desk gets really old after being at it for more than eight hours. I tried not to stay late. I went home! There is no work-life balance – there is just balance. When people ask me what I do, I tell them, I am a collaborator in God’s creation, a significant other to my wife, a father to my children (even though they are grown!), a friend to my cohorts and friends, and then an HR Consultant to the City of Asheville. These were my priorities, thus the City of Asheville got just over 40 hours of work from me per week. The rest of my time went to my priorities!

Third, I emailed less and went to see people face-to-face as much as possible! In fact, if an email took longer than 5 minutes to write, there was emotion involved, and I would meet face-to-face. Emails hurt relationships! I cannot tell you how many people came into this office with a stack of printed-out emails who were in conflict with a cohort just a couple of doors down from them!

Fourth, this was a great desk to handwrite notes to people to let them know I saw them doing something right, or to thank them for helping me with a project or for being a part of the team!

Fifth, this desk was essential on late Friday afternoons! I closed the door, reflected on what went well this week; what got accomplished; who helped me; who I helped. And then I would plan for the next week. This made Sunday evening less stressful and prevented me from thinking about Monday’s work!

Best wishes for the work you are doing here at the City of Asheville! You are part of a vibrant community that makes a difference! 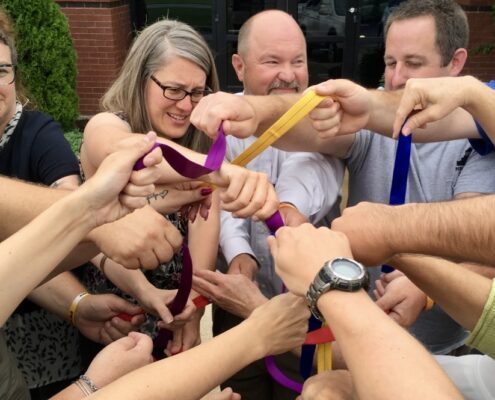 People asked me what I did with the City of Asheville. I told them I was an adult playground supervisor. I helped employees play better together with sticky learning – learning by doing! 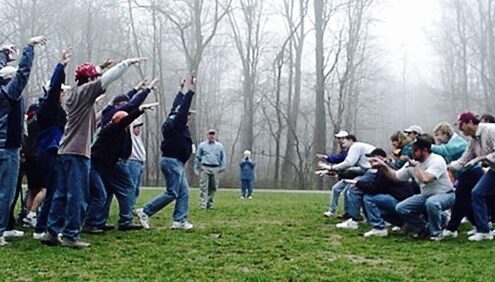 Drink in relationships especially with those who don’t look, think or believe as we do! The absence of conflict is not harmony, but apathy. We need people in our lives who are disagreeable! Disagreeable people reveal our blind spots, help us to unlearn and rethink. 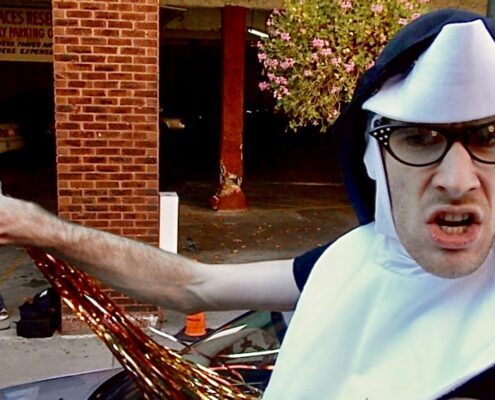 Swear you won’t take yourself so damn seriously! 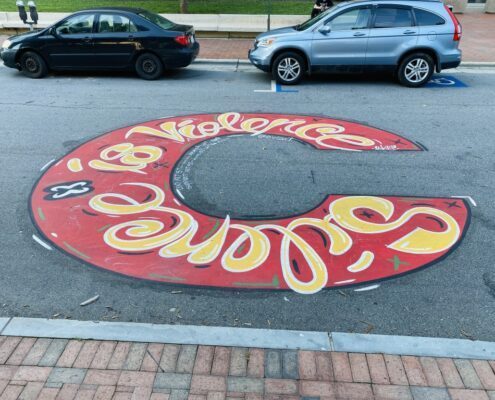 Gamble! Speak up! Share your privilege with those without privilege – especially those who don’t look, sound, or smell like you! 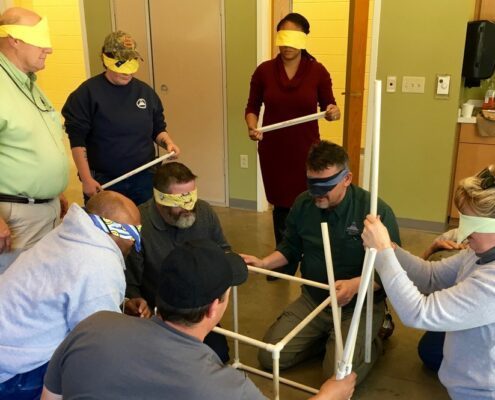 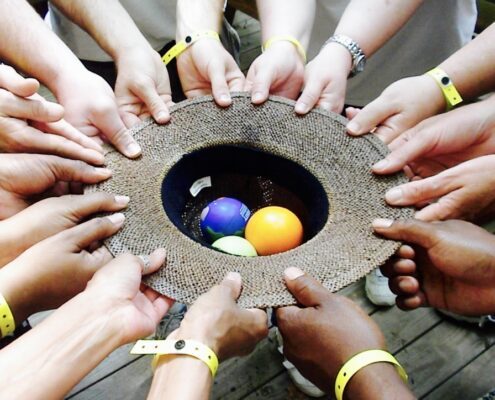 Here is the Youtube link to my final presentation, “Before I leave…Some Closing Thoughts!”

This blog was inspired by David French writing, A Whiff of Civil War in the Air.

We were driving to Lake Lure, NC, this past Saturday and drove through Chimney Rock. I stopped at a pedestrian crossing and right in front of me was a 60-something white male displaying a holstered handgun on his hip. I got a big whiff of Civil War in the air!

We live in a country of fear, and it is escalating. Fear is in the air we breathe, the water we drink, the food we eat and all the screens we scan. We are oppressed by fear. It’s the monkey on our backs; the weight on our shoulders. Thus, we fear one another, we fear our leaders, we fear government, we fear business, we fear our shadow!

Fear keeps us from sharing our vulnerability. If you learn of my weakness, I fear you will take advantage of me.

Fear is the foundation of distrust. We are consumed by distrust. Distrust feeds denial.

Fear is the foundation of cults in which the cult’s leader is seen as all-powerful, can do no wrong, and is not held accountable. A cult perpetuates us versus them mentality and establishes the binary, ‘you are with us or against us.’ Questioning, curiosity, and open-mindedness are discouraged and even punished.

Fear is destroying our democracy, which thrives on compromise. There is no compromise these days. We see opponents, people who think and believe differently from us as enemies, socialists, Marxists, sluts, nasty, snowflakes, and retards. While French writes: “With rising hatred, I’m seeing a rise in purely destructive spirit, especially on the right.” Just to be fair, I also have seen this behavior on the left.

Fear has thrown ethics, values, and principles ‘under the bus.’ We are consumed in the short-run, individualism, and loyalty over truth. The Golden Rule is on life-support. After all, the Golden Rule challenges self-serving interests.

I have Jewish friends who fear living in the United States. They look at me as a Christian and point out how Christianity is dividing our country. Christianity is fueling fear rather than love. They say that “love thy neighbor as thyself” is a sham. Many Christians don’t walk-the-talk of Christ’s teachings. These friends are looking to move to Portugal (which is 2nd in the world in COVID vaccinations at 85% while the United States is 46th with 55% as of 10/3/2021.)

I have POC friends who are considering moving to Spain or Canada to escape racism. (Spain has one of the lowest costs of living in the world and treats BIPOC much better than here in the US according to them. Canada celebrates multiculturalism.)

So how do we overcome this epidemic of fear?

We need to learn about our history, our past beyond what is white-washed in high school. I read Boston College American History Professor Heather Cox Richardson who publishes daily, Letters from an American. She schools me about the history of this country I never learned. She continuously reveals how we fail to learn lessons from our past. She adds substance to French’s OP-ED as well as Robert Kagan’s OP-ED on our Constitutional Crisis Is Already Here.

Finally, we must mindfully get out of our comfort zones, including our echo chambers, and seek to have hard conversations with others who think and believe differently than we do. When we hear something that is contrary to our belief and stokes our fear, ask a question rather than respond with our point of view, label, or shut down. Stay engaged. Stand in their shoes! Practice empathy and compassion. Find common values and principles.

When I learned the process for identifying core values, discovering purpose, developing a mission statement, and creating strategic plans, I was taught EVERY strategic plan has the same mega starting point: What kind of world do we want to create for tomorrow’s child? As the grandfather of a six-month-old, this challenge has become a living challenge. How about you?